For a city the size of Eugene, we’re extremely fortunate to have a great assortment of top-quality music venues. There’s always more entertainment on tap than one can possibly fit on the calendar.

That’s why it’s a good idea to save yourself from disappointment and be prepared before shows sell out.

BoDeans are coming to The Hult Center 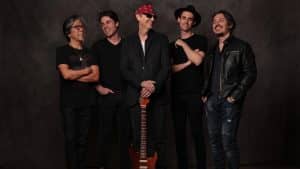 They’ve played with U2, Bob Dylan, Paul Simon and Tom Petty. Top-tier tracks that became some of their greatest hits include “Good Things” “Idaho” and “Fadeaway.”

Their guitar-driven midwestern rock-pop sound has earned them Rock and Roll Hall of Fame status.

Tennis is playing The McDonald 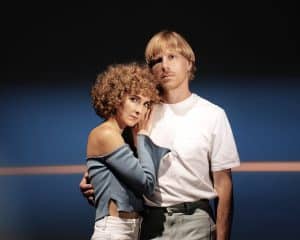 Superb indie-folk duo Tennis are set to take the stage at The McDonald Theater April 24.

Not familiar with them? They boast a lovely soft-rock sound that’s retro and romantic. Tennis are known for their spot-on musicianship and an uplifting vibe that doesn’t quit.

Their last album “Swimmer” was the musical bright spot amidst apocalyptic 2020.

Tennis is sheer pop genius you won’t want to miss.

Mat Kearney playing at The Shedd 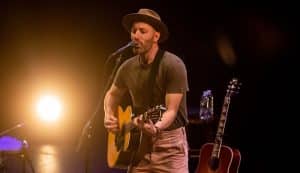 To the delight of his fans, top-notch vocalist and musician Mat Kearney plays at The Shedd February 4th and 7th.

Pop, soul, and anthemic soft-rock are his forte’ as he consistently pumps out quality albums.

Heartfelt disclosure and superior vocals are his trademark. Both shows are sure to sell out.

The Eagles as well as Bruce Springsteen both play Portland’s Moda Center in February.

Be sure to check out your favorite music venue to see who’s coming next…and stay safe out there.

There’s always something exciting happening when it comes to the Pacific Northwest (PNW) music scene.

Though we might not often stop to appreciate it, many excellent bands and artists hail from, or are now based in, the PNW. Among them: The Shins, Mat Kearney, Ashley Flynn & The Riveters, blues artist Ty Curtis, Sleater-Kinney and many others. 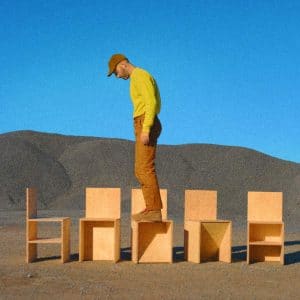 Born in Eugene and now based in Nashville, outstanding singer-songwriter Matt Kearney has lots going on.

He plays Portland’s Schnitzer Concert Hall in May.

Catch his show, and, check out “January Flower.”

Bees in A Bottle 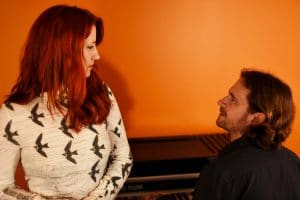 Bees In A Bottle, above, have a new album due out this Fall.

Portland-based indie-rock duo Bees In A Bottle are a top-tier band to keep on your radar.

Bees In A Bottle have 3 studio records to their credit, including two albums with Grammy Award-winning producers.

They’re recording their 4th album due out this Fall. It’s a collection of songs told from the perspective of the women closest to the many male musicians who’ve died from suicide or addiction.

“I wanted to give voice to the survivors’ point of view,” says band member and songwriter Christine McAllister. Chad McAllister is the other half of this duo; both are multi-instrumentalists.

Bees in a Bottle have two shows coming up!

You can find all their music on Bandcamp. Catch them live if you can!

Folk-Americana artist Eddie Berman currently makes his home in Portland. An avid reader, Berman’s work is as much inspired by the books he reads as it is by hikes he takes in Portland’s Forest Park.

Berman’s sometimes mournful, introspective brand of warm folk-rock is worthy of a wider fan base.

His 2017 “Before the Bridge” is filled with great tracks like comforting “Easy Rider” and mournful “Low Down Curse.”

Berman released “Taurus” last year, and it’s on our playlist. 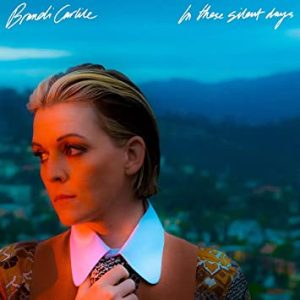 Who’s up for a Grammy, makes her home up north in Washington, recently wrote a book and is currently on tour?

If you haven’t added her latest “In These Silent Days” release to your library, you might be due for a trip to your favorite record store.

Don’t miss her when she comes to the PNW’s Gorge Ampitheatre in May!

Eugene’s The Muddy Souls blend bluegrass and folk for a winning sound that’s sure to up the vibe quotient at your next social gathering.

The Muddy Souls’ American roots music is uplifting and expertly executed. Formed in 2018, the 5-member band has been consistently working on new music and booking live shows.

Out this month, watch for “The Raven,” their newest studio album.

A native of Kentucky, Ashleigh Flynn has been on the Americana scene since 2008 with the release of her third “American Dream” album.

Equally impressive to her studio albums are her ace live performances.

Brilliantly mixing genres (country, zydeco, rock) and engaging her audience, Flynn and her band The Riveters consistently create charming, heartland rock that brings down the house.

If you’re new to Veirs, check out her last album here.

PNW-based bands Modest Mouse and The Shins are among those headlining the second annual Just Like Heaven Festival in Los Angeles this May.

American indie-rocker’s The Decemberists’ “Arise from the Bunkers” Tour starts in August. 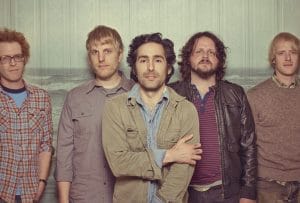 They’ve been written up by the likes of Rolling Stone and American Songwriter.

“Holy Smokes Future Jokes” was among my Top 10 when it came out (during the height of the pandemic). It’s great to see the band can finally get out and play some of these superb tracks live.

Thanks for supporting new music and the PNW music scene!

Most of all, thanks for supporting listener-powered radio at KRVM.

2021 has certainly been off to a good start.

The music scene is hopping. February’s Grammy award show was far more engaging than usual. And it was so much fun to see an actual live audience at Billboard’s televised awards show last week.

To help get you ready for new albums and the concert scene, here’s just a few new releases we’re loving.

Crowded House – “To The Island”

If you’re a Crowded House fan you already know the band is from Australia and has won several awards, including International Group of the Year at the BRIT Awards.

Their rollicking new “To the Island” comes from the band’s first new album in a decade. It’s on our playlist!

You’ll love their mellow, psychedelic pop-rock. Have a listen:

As you can see, the music video is equally engaging, depicting band members heading cross-country to a secret island.

Modest Mouse – “We Are Between”

“We Are Between” comes from the band’s new “The Golden Casket,” expected June 25. Recorded in Portland and Los Angeles, it’s their first new album in six years.

Modest Mouse is touring this summer and plays Lollapalooza in July.

In a recent interview, Parks said the soothing song is about “knowing you’re not the only one on the planet feeling low.”

It’s a great jazzy pop arrangement with an uplifting chorus. Sample lyrics: “We all have scars / I know it’s hard / You’re not alone.”

Also on our playlist these days is Ariel Posen’s new “Heart by Heart.” From Canada, Posen’s been nominated for “Breakout Artist of the Year.”

“Heart by Heart” is a fantastic roots rock arrangement about having someone to rely on. And it’s loaded with ace slide guitar! Check it out:

Creating the best alt-country of any band right now is Lord Huron via their just-released album “Long Lost.”

New single “Mine Forever” is a haunting and meticulously crafted track sure to be a summer favorite:

Singer-songwriter Mat Kearney (that’s just one “t” in Mat), hails from Eugene, but is now based in Nashville!

You’re sure to enjoy his nostalgic new single “Pontiac” from his upcoming “January Flower” release.

In a recent interview with Substream magazine, Kearney was quoted as saying the new album is about “digging down and finding the innocence that comes with wanting to make music solely for the love and passion of doing it.”

We’ll toast to that, Mat!