Home » Portugal. The Man to perform in Eugene

The 5-member band originally hails from Portland and boasts 8 studio albums. While touring Europe in 2012, they opened for The Black Keys. 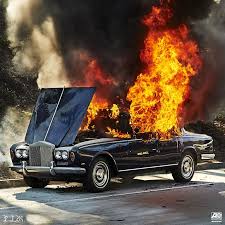 The title from new album “Woodstock” takes its inspiration from an original Woodstock ticket stub found by the band’s lead singer John Gourley – it was his father’s.

Gourley is quoted as saying the new album is about “trying to write music that would help people feel they’re not alone, even if they’re angry or feeling lost.”

Portugal. The Man released “Woodstock” in June. Here’s “Live in the Moment” from that album:

“Live in the Moment”

The band’s massive tour includes the U.S., Europe and Mexico.